The 1891 sale in lots split up the residue of the Grey Friars estate (after the section now forming Castle and Roman Roads was sold, following the failure of the Botanic Garden to whom it was leased. Apart from the small house in Castle Road, all is again amalgamated as the hotel. 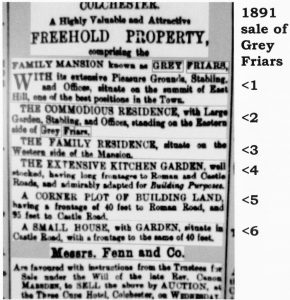 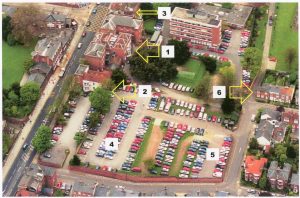 Numbers refer to pictures below

The outcome was reported later … the purchase by solicitors usually being on behalf of a client. In the case of the main Grey Friars house it was likely to be for Dr EL Fenn, whose family were the last to live in the house 1891-1904, finally selling to the Sisters of Nazareth who converted it to a school, building the two extra wings either side of the main house. 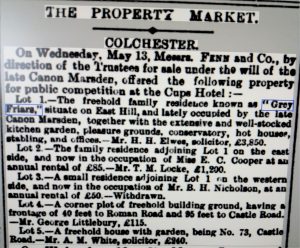